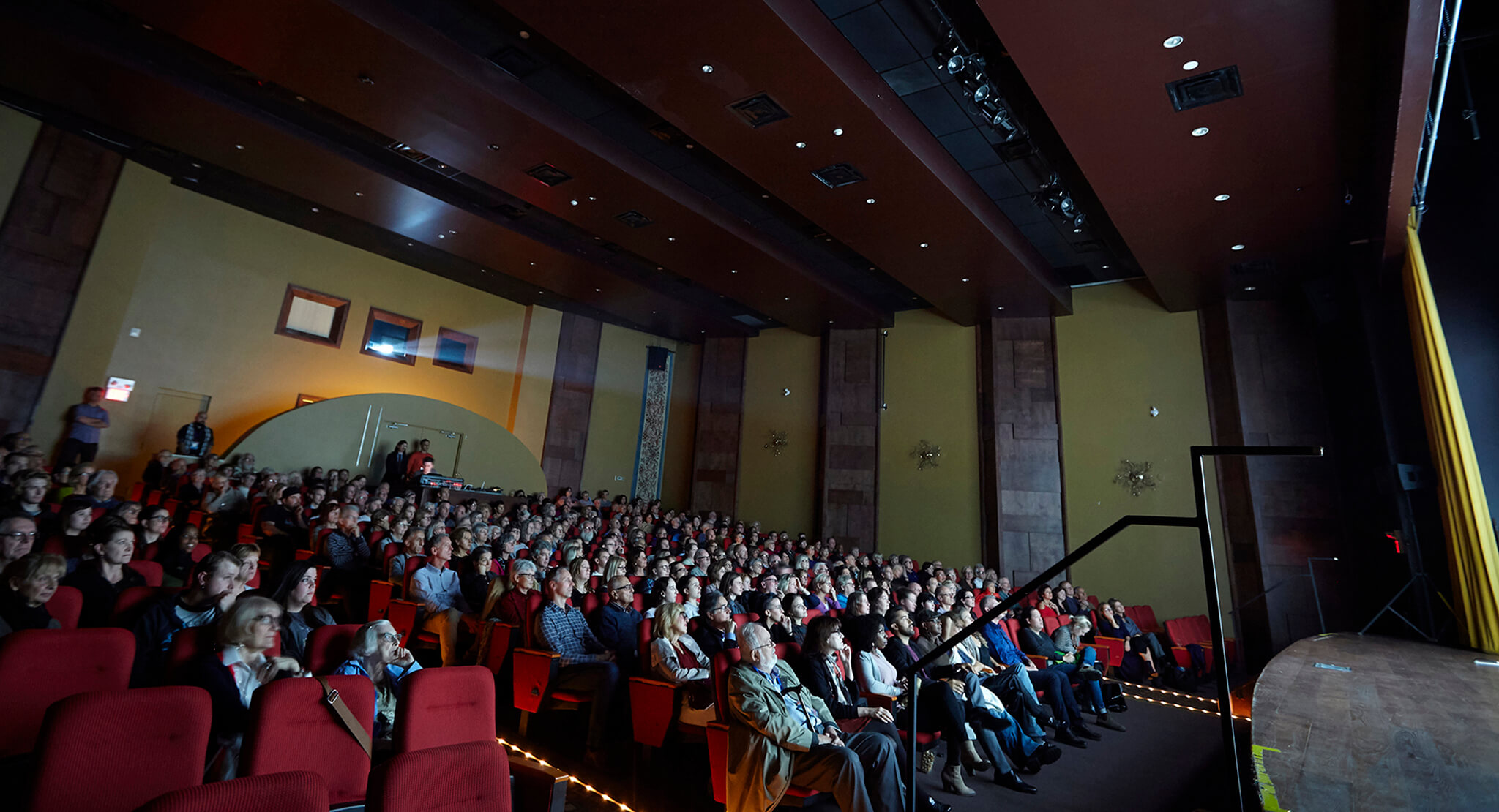 Throughout our temporary closure, we here at the AGH have missed seeing the smiling faces of our community enjoying the arts with us. Amidst our online offerings with AGH at Home, AGH Film Series fans have had the pleasure of enjoying new Online Film Series screenings each week! The first three films comprised of the Academy Award-nominated Polish clergical drama Corpus Christi, along with two Palme d’Or nominees – the Chinese crime epic, The Wild Goose Lake, and the Brazilian revolutionary thriller, Bacurau. Each of these films have been followed up with live discussions between AGH Film Program Curator Ryan Ferguson and guests like Hamilton filmmaker Terrance Odette and film critic CJ Prince.

At the time of this article’s publication, two exceptional films are available for Film Series fans to enjoy. The first is the Cannes Film Festival Un Certain Regard Best Director winner, Beanpole, available today until May 1. Beanpole explores the lives of two nurses in a shell-shocked hospital presiding over traumatized soldiers in post-WWII Leningrad. The second film, a 2019 AGH Film Fest documentary favourite, Beyond the Visible – Hilma af Klint tells the story of a trailblazing figure in abstract art whose impact was erased in the artistic canon. Today, you can watch a Film Series Talk on the film between Melissa Bennett, AGH Curator of Contemporary Art, and contemporary painter Andrea Kastner. Kastner and Bennett will discuss the film in light of contemporary painting practices, followed by a live Q&A on our Instagram feed at 4:30 pm!

In addition to our regular weekly Online Film Series screenings, film fans can access a wealth of former AGH Film Fest favourites on the free streaming service, Kanopy. Kanopy is available for anyone with a library card from most libraries in Southern Ontario, including of course the Hamilton Public Library. Don’t already have a Hamilton Public Library card? You can sign up online today!

Below, find a list of the AGH Film Fest films available on Kanopy (along with which year’s festival they’re from!) Click any of the film titles to watch today!