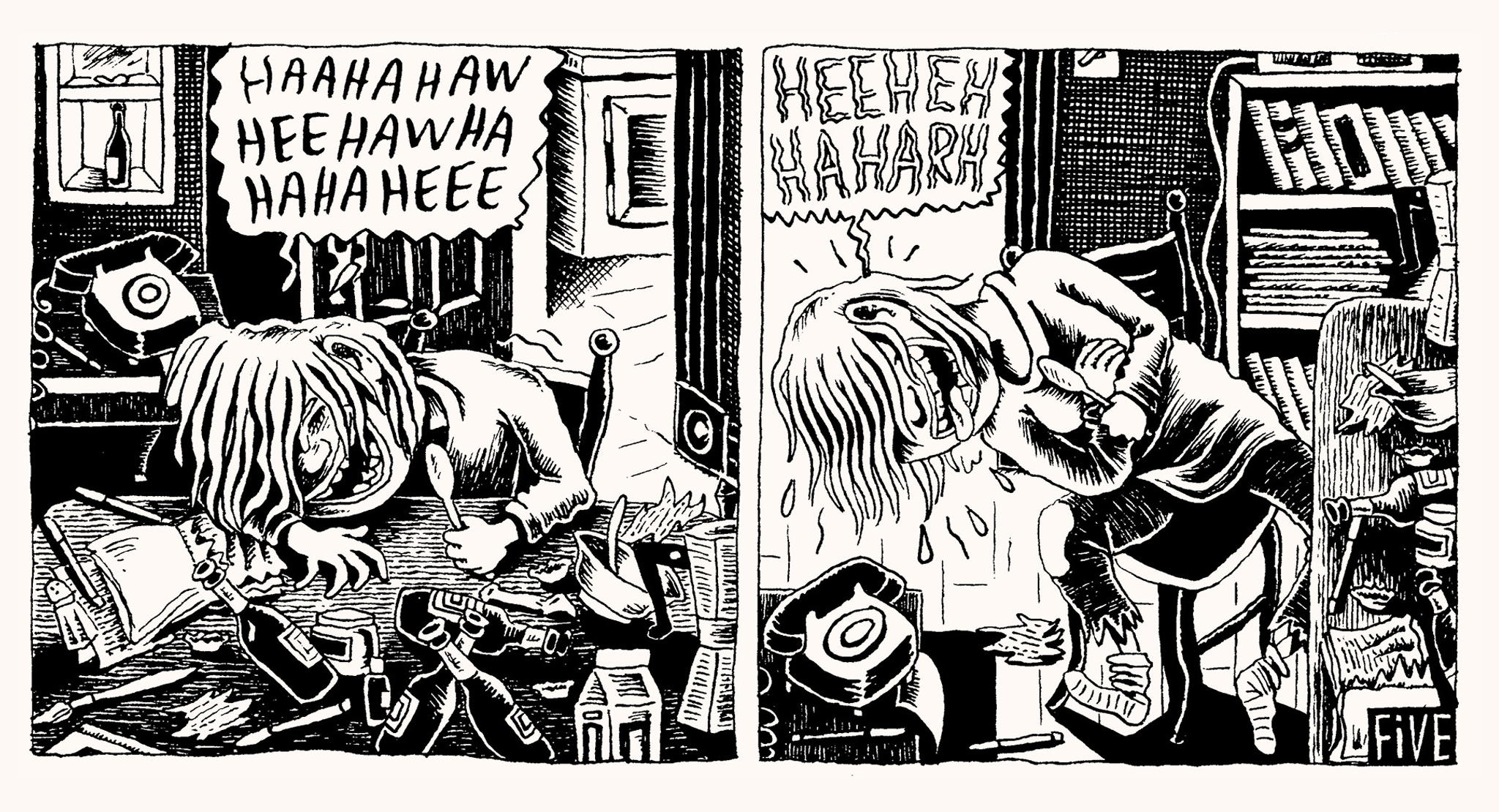 THIS IS SERIOUS: Canadian Indie Comics opened this past month, and we here at the AGH are very excited about the rich range of work available for guests to see in this special exhibition. But with 650 pieces by 47 artists, where do you start?

The exhibition spreads itself across much of our Gallery Level 1 Special Exhibition space. At its centre lays the “Big Four” room, prominently featuring the work of comic artists Chester Brown, Fiona Smyth, Seth, and Julie Doucet. Describing these artists’ importance, co-curator (and accomplished graphic novelist) Joe Ollmann notes the four as “four of the biggest cartoonists, not just in Canada, but in the world.”[1]

Born and raised in Montréal in the 1970s and 80s, Julie Doucet discovered her comics bug while studying printing arts. “I got into it, loved it, and eventually devoted myself completely to that way of making art,” Doucet notes, mentioning meeting “some cartoonist guys” as the initial spark.[2]

Much of Doucet’s comic work operates as a pseudo-diary, re-telling of her everyday life, re-imagined through the near-limitless freedom of the medium. The artist points to one of her first comic projects, Dirty Plotte, as detailing “my day to day life, my dreams, angsts, fantasies, and so on.”[3] Starting as a photocopied fanzine before finding a home as a Drawn & Quarterly published comic from 1991 to 1998, the work gave Doucet a platform to discuss a wide swath of daily experiences, from the artistic process itself to menstruation, sex, and violence.

In this page from Dirty Plotte, Doucet’s semi-autobiographical protagonist laughs harder and harder at an idea she has for a comic. The reader receives very little plot development or even character movement, as the character sits stationary in her studio, writhing and nearly falling out of her chair laughing. Besides the few components of the story, she communicates in gasps and giggles, the entire plot of the comic takes place in the artist’s memory. Dedicating an entire page to a character laughing at her own thoughts allows the comic to celebrate the self, in which the artist (and her in-comic double) reflects on the very practice of publishing her everyday experiences. By using the comic to share her reaction to her personal stories — rather than the stories themselves — Doucet plays with the distance between the artist and the audience.

In this page from Doucet’s Vol/Robbery, Doucet’s stand-in sits sullenly on a city bench – inspiration strikes, and she swipes a purse from an elderly woman. Much like the artist’s studio, the city is crowded and chaotic, emphasized by Doucet’s play with the stark contrast between black ink and white lines. There are people everywhere, animals (a bird and a dog), transportation methods (a bicycle, car, and a bus stop), and general litter (bottles and scraps of paper). Doucet depicts an outdoor setting rife with movement and potential story, and possible witnesses to those stories within each frame, as characters constantly look on from the background.

Just as in Dirty Plotte, the artist here is entirely self-driven – presented in the extreme form of stealing from an elderly woman – while nevertheless allowing onlookers into her heart – both by presentation within the comic itself, as well as her awareness of the eyes of the crowd.

These two pages represent just a small sample of Doucet’s work both within the exhibition and throughout her career. Indeed, Doucet herself notes that upon returning to Montréal in the late 1990s, she “abandoned the medium of comic books and went back to printing.”[4] Since then, Doucet has worked on a variety of printing projects, animated film, and has even started her own publishing house, Le Pantalitaire. Be sure to see THIS IS SERIOUS to see more of Doucet’s work, along with the other 46 incredible artists! 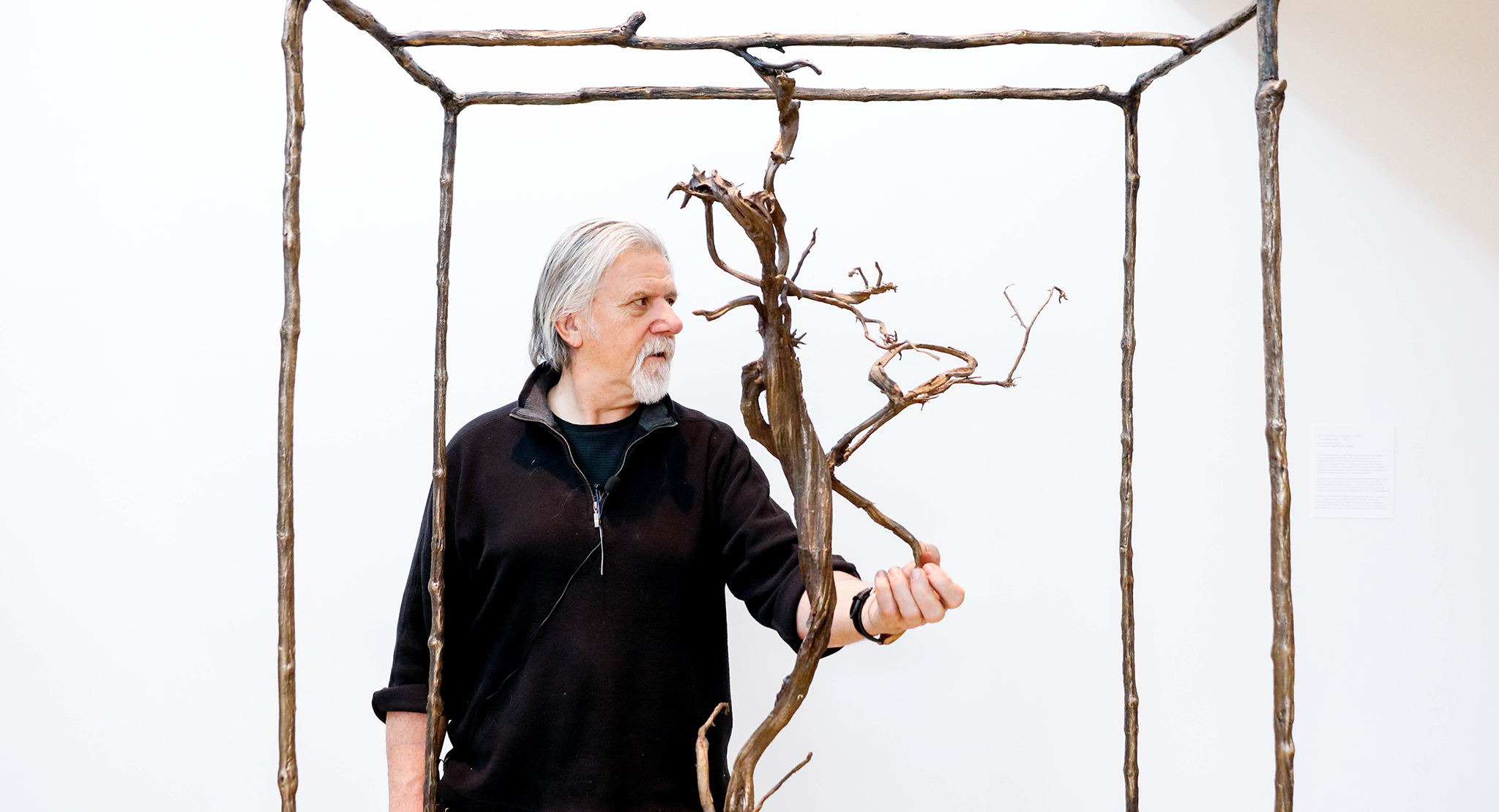 An Update from Our Artist in Residence, REITZENSTEIN 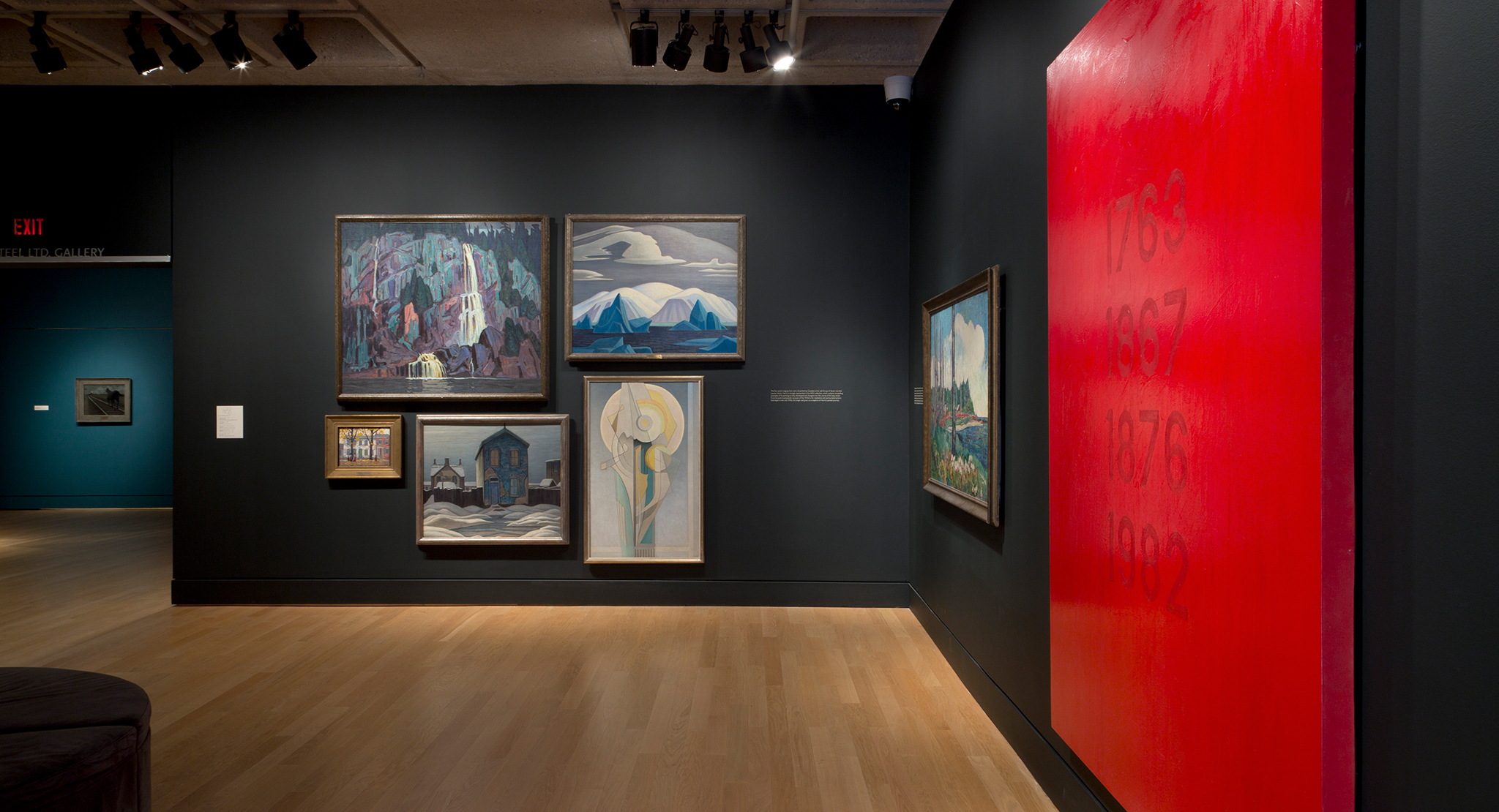