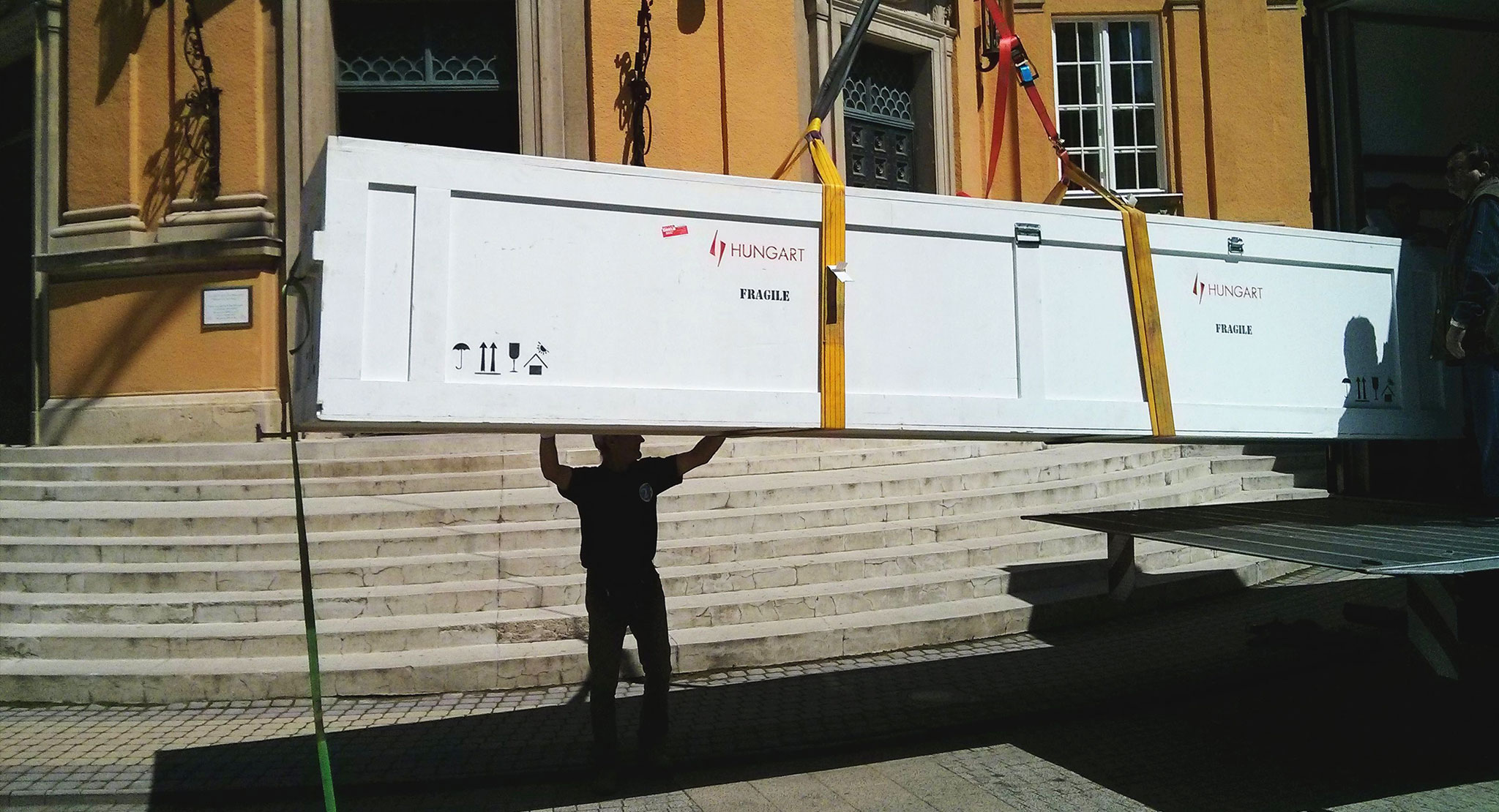 Ever wonder what is involved in getting art from one place to another? Especially art of a monumental scale?

A big part of my job concerns the administration, care and safety of the AGH permanent collection and I recently had the privilege of accompanying Mihály Munkácsy’s Christ Before Pilate to its new home at the Déri Museum in Debrecen, Hungary. After two extended loan periods, the AGH sold this work to the National Bank of Hungary so that it can be exhibited permanently alongside the other two paintings of the artist’s famous trilogy.

Christ Before Pilate is so big that it cannot travel framed; rather, the canvas is removed from the stretcher and rolled (face out) before crating. The stretcher and frame are then housed in their own crate. Because these crates are oversized, flight options were limited and the best option for this recent trip was a cargo flight from Toronto to Amsterdam, followed by a 16-hour truck ride to Budapest.

Watching crates of this size be loaded onto palettes in the cargo warehouse is at once fascinating and nerve wracking. Pallets are engineered and built according to weight and size of the various cargo, and all the work is done by forklift before loading onto the plane.

The flight was thankfully smooth, and offloading – which always goes more quickly than loading – in Amsterdam was quick and efficient. So was the loading of the crates into the truck in preparation for the journey to Budapest. The trip itself was long but enjoyable due to the beautiful scenery of the Netherlands, Germany and Austria. Arrival in Budapest was welcome as I had been in transit for two days and with the crates stored in a secure and climate control warehouse to await the final leg of our trip, I had the weekend free to explore this great city (a definite perk of the job).

Highlights are too many to mention but the standouts were the exhibition Rippl-Rónai and Maillol – The Story of a Friendship at the  Hungarian National Gallery, Heroes Square, Parliament and St. Stephen’s Basilica. I had the good fortune to stumble upon an organ concert at the Basilica one afternoon. Listening to beautiful music in that setting was uplifting and unforgettable.

The trip to Debrecen was short and uneventful but when I arrived at the Déri Museum it was clear that the excitement was mounting. No fewer than 30 photographers, journalists, politicians and museum staff were waiting for the truck. The crane was already in place and art handlers at the ready to load the two crates into the window of a room adjacent to the exhibition room. The crane operator was obviously familiar with loading this way as his work was steady and sure, but tension was palpable in the crowd of spectators (including me).

The frame and stretcher were brought in first with the stretcher assembled quickly and placed to lean against the wall. The canvas was next. Once in, it was carefully unrolled where it was placed face down for 24 hours to “relax.”

Once the work was ready for handling, it was placed face up and a team of conservators worked for many hours to examine the painting in relation to the AGH condition report to ensure that it arrived to its owners in the same condition that it left the AGH. The painting was then stretched, framed and ready to hang. The staff at the Déri were all working hard to prepare for the grand reopening and the mood was definitely celebratory.

With all parties satisfied that everything was in order, I began my trip back home, a little lighter, and definitely happy to have played a role in bringing this beloved treasure back to the people of Hungary. 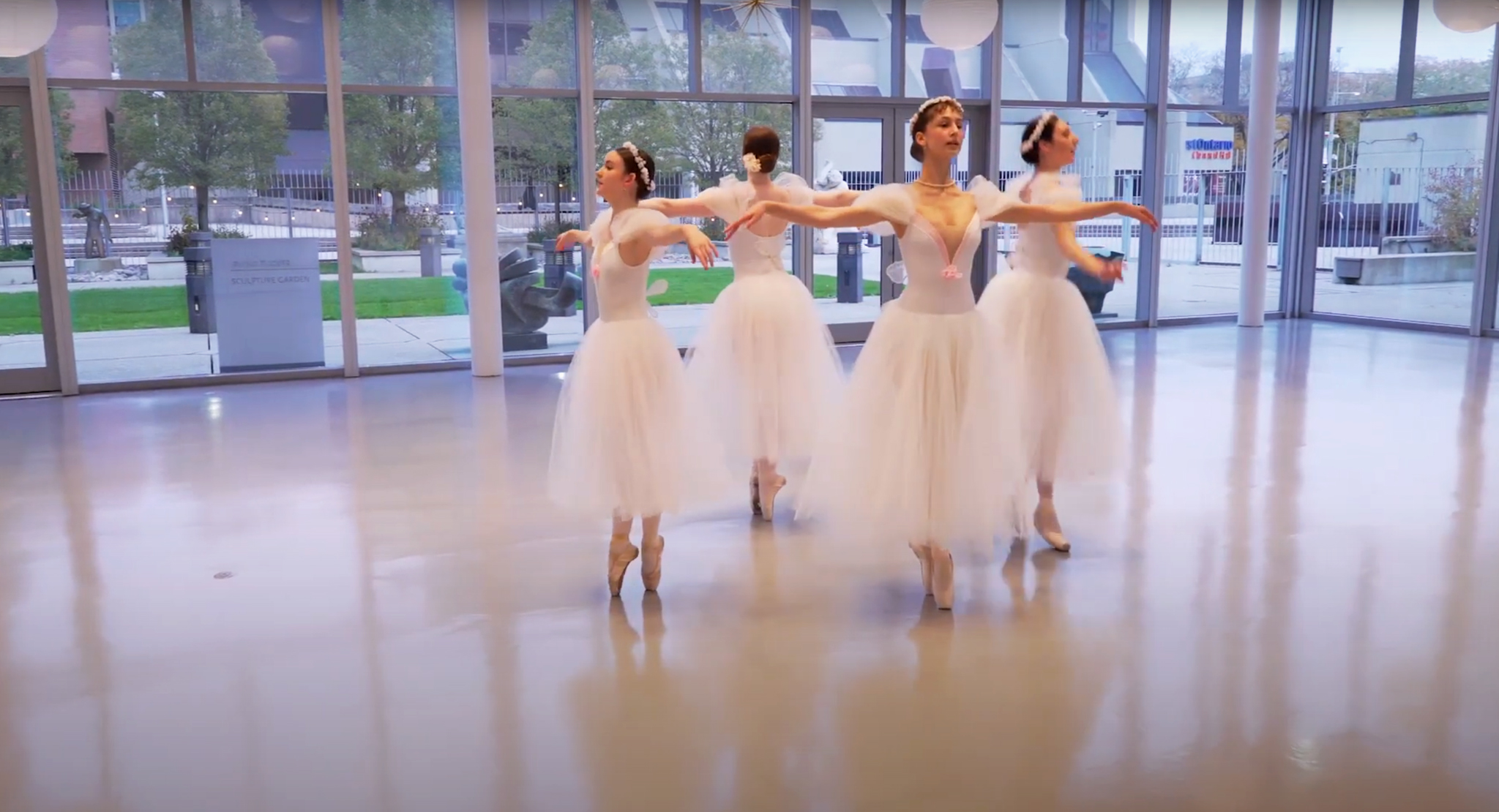 Behind the Scenes: Hamilton City Ballet 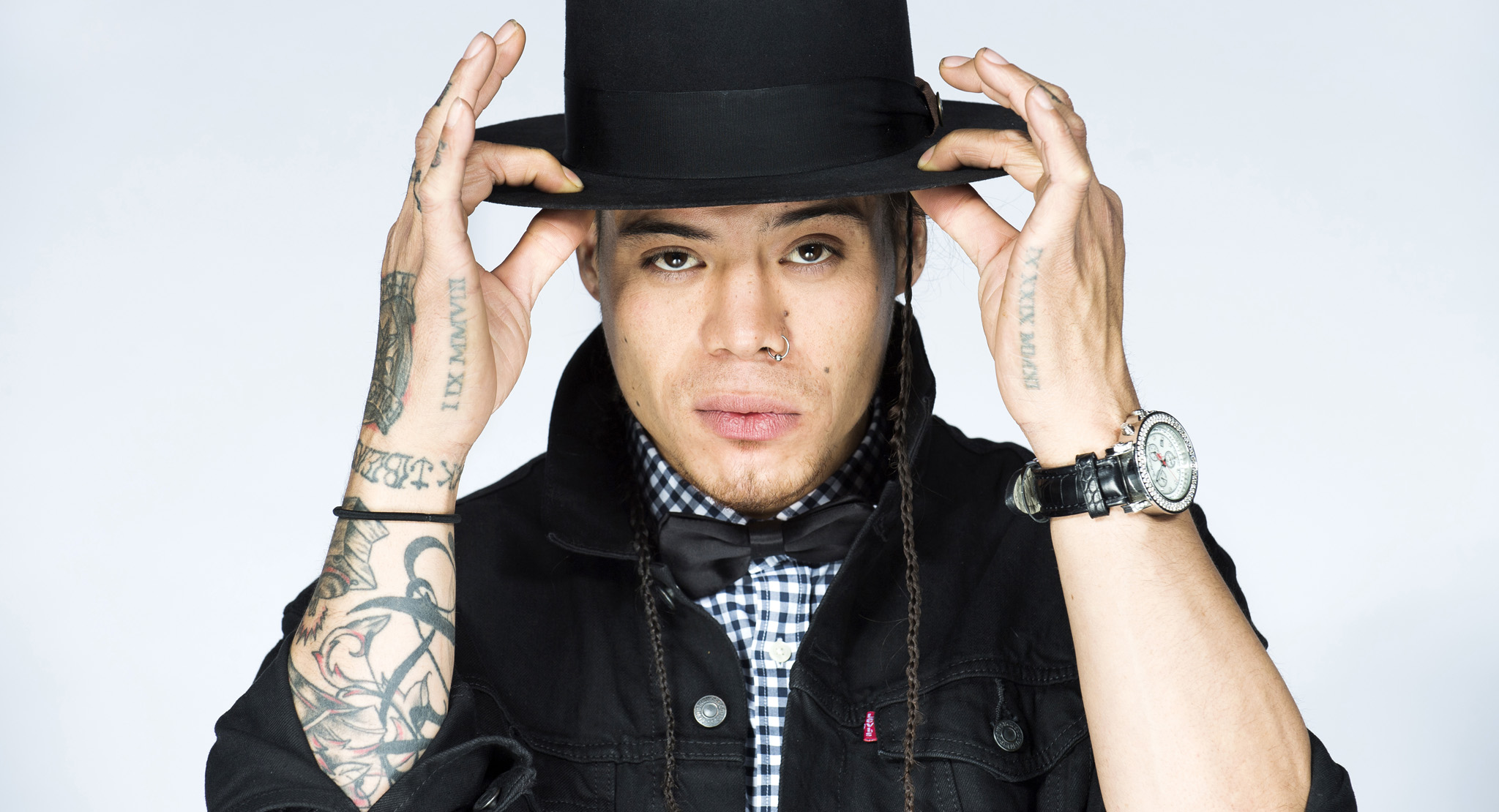 Behind the Scenes: Logan Staats