The late Ojibwe artist Carl Beam was one of the foremost figures of contemporary art in Canada. Working in a variety of media, he examined the political and social concerns that have shaped Indigenous and Western relations throughout history. In the late 1970s, during the formative years of his career, Beam began making photo-based collage works that combine appropriated and personal imagery and text with gestural painting. Drawing on elements of Pop Art and Abstract Expressionism, Beam’s collage works boldly challenged prevailing definitions of Indigenous art and established him as a major contemporary artist. Among the three collage works by Beam currently on display in The Collection is Red Dot (fig. 1), a visceral piece focusing on the renowned Nez Perce leader Chief Joseph (1840–1904) and the settler colonial violence he encountered in his lifetime.

Likely created in the late 1990s, Red Dot appropriates a group portrait shot in 1903 by American photographer Edward Curtis (1868–1952), [1] who became famous for his extensive—and controversial—documentation of Native American tribes in the early twentieth century. [2] The portrait by Curtis that Beam borrows in Red Dot features three figures: Chief Joseph, leader of the Wallowa band of the Nez Perce Tribe in northeastern Oregon; his nephew, Red Thunder; and Edmond Meany, a professor of botany and history at the University of Washington. The photograph was taken during Chief Joseph and Red Thunder’s visit to Seattle to give a speech to the Washington University State Historical Society. Chief Joseph made a number of visits to Washington in his final years to garner public support for his tribe’s return to their ancestral land of Wallowa Valley, from which they were forcibly removed by the federal government in the late 1870s. [3] He is celebrated as a humanitarian and peacemaker.

In Red Dot, Beam partially obscures and fragments Curtis’s portrait of the three companions, manipulating it into a far more disquieting image. By narrowing in on Meany standing next to the seated Chief Joseph, Beam’s work foregrounds the hierarchical relationship between white settlers and Indigenous people. The image of Chief Joseph is smeared with blood-red pigment, making palpable the physical, psychological, and emotional wounds caused by the enforced displacement of Native Americans from their traditional territory. Tragically, Chief Joseph passed away a year after the group portrait was taken and was never able to secure his tribe’s return to Wallowa Valley. [4]

Positioned around the central image of the Nez Perce leader and the professor are abstract elements rendered by the artist’s hand, such as a red letter “A” in the lower left corner, and, in the upper left, a red dot enclosed within a square composed of broken lines. The presence of these ambiguous elements encourages the viewer to similarly approach photographic imagery as multivalent rather than as sources of fixed meaning.

In recontextualizing Curtis’s photograph, Red Dot disrupts the colonial gaze while making space for personal and Indigenous perspectives. This haunting work speaks not only to the history of settler colonial violence in America, but also to the extraordinary resilience of Indigenous leaders—and how both have reverberated across generations.

To check out another AGH Magazine article highlighting a contemporary indigenous artist, read Collection Showcase: Robert Houle. Upon our reopening, be sure to head to The Collection to see your favourite collection works in person!

[2] According to Joe D. Horse Capture, associate curator at the National Museum of the American Indian, Edward Curtis “had a romanticized idea of what Native Americans should look like, and it was unsmiling and sepia-toned.” In some instances, the photographer had his subjects wear “traditional” clothing to appear more “authentically” Native American. See John O’Connor, “Photographer Edward S. Curtis’s Southwest,” New York Times, June 5, 2015, accessed April 24, 2020, https://www.nytimes.com/2015/06/07/travel/photographer-edward-s-curtiss-southwest.html. 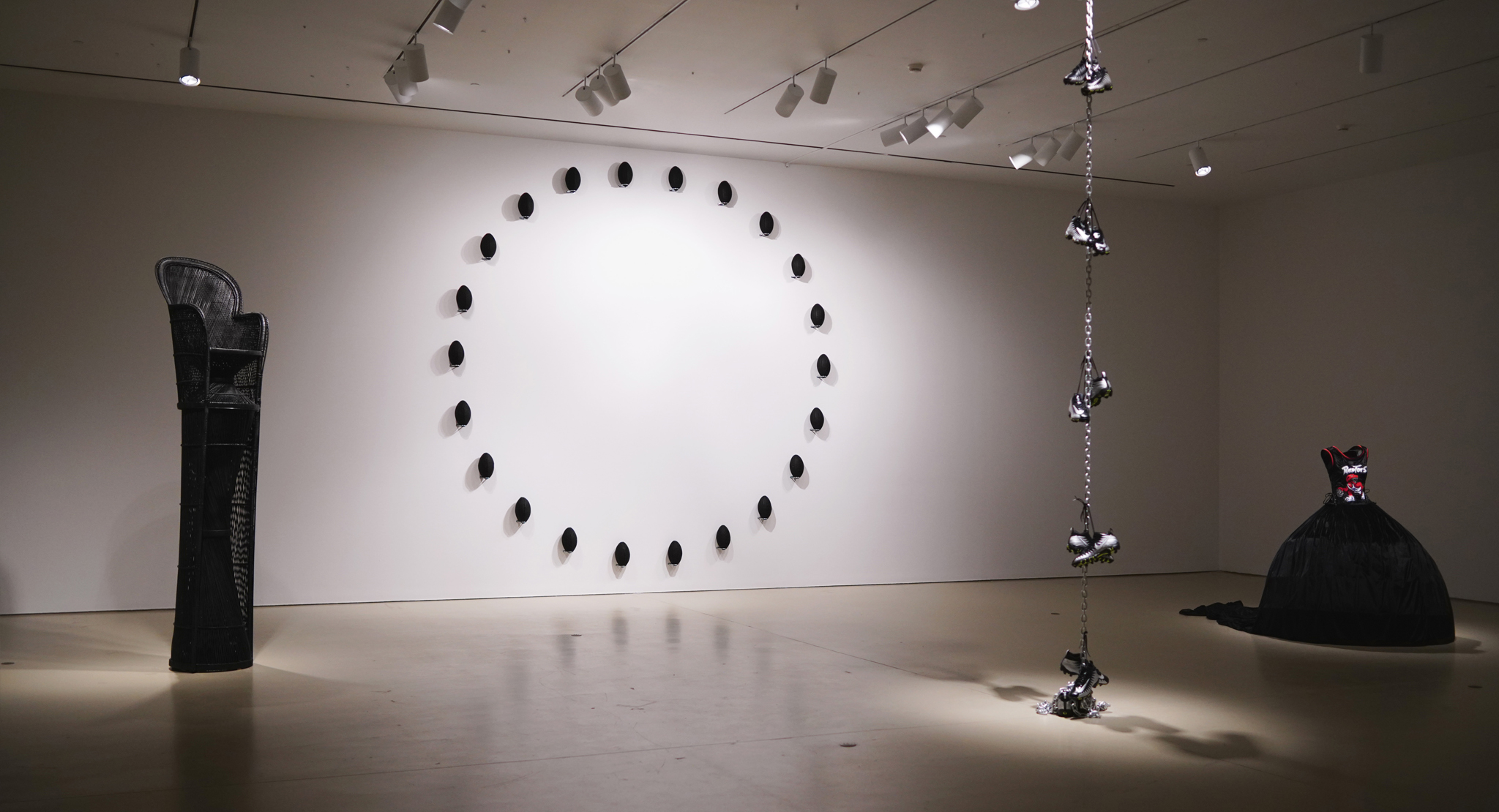