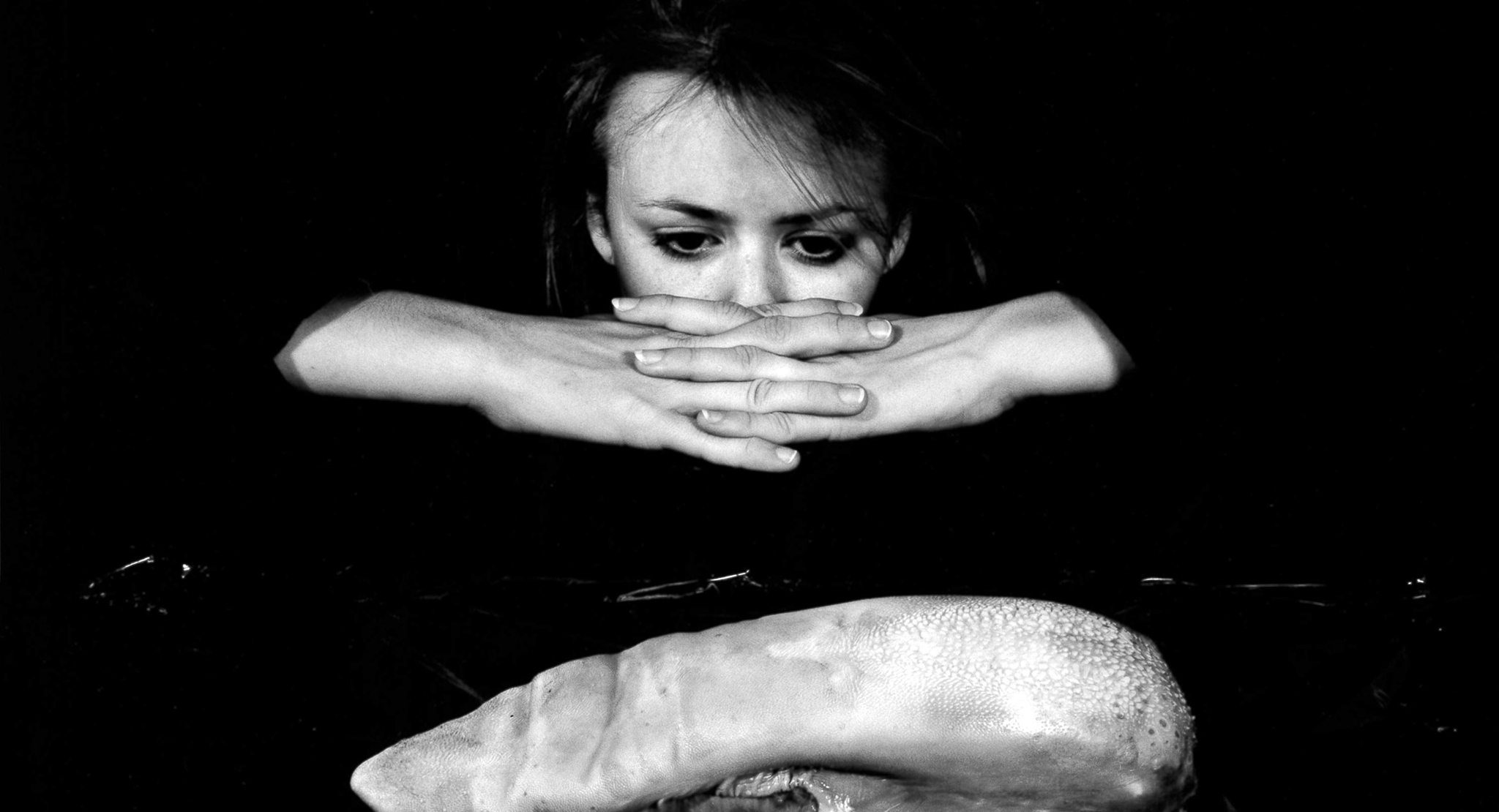 From photographing patterns of dazzling sweets to shooting hockey pucks at a white canvas, multimedia artist Liss Platt often combines familiar objects with personal narrative, critical analysis, gender politics, and strategies of appropriation to challenge various dominant discourses and representations.[1] Last year, the AGH acquired its first artworks by the Hamilton-based artist: fourteen photographs from the photography and video installation Silent Treatments and Talking Cures (1991), along with Constant 5 x 5 E (2017), from the photographic series Constant (2008–18). Silent Treatments examines women’s experiences of feeling silenced, while Constant confronts the photographic tradition of the singular, sublime landscape. Although created decades apart, both series feature commonplace objects that help reveal the significance of these major contemporary artistic and cultural concerns within our everyday lives.

Influenced by Surrealist photography and psychoanalysis, Silent Treatments includes black-and-white photographs that express the frustration of feeling voiceless.[2] Among our acquisitions is an image depicting the hands of a figure engaged in extracting and sorting the letters that comprise the word “utter” from a large pile of alphabet pasta (fig. 1). The methodical nature of this task reflects a concerted effort to precisely articulate one’s thoughts, in spite of the limitations of language as a form of communication. As Platt writes in her artist statement, “There’s this excruciating pain in trying to cram meanings into words. It’s so overly artificial. I think of too many things simultaneously. The words are always not quite right.”[3]

A photograph of an enlarged human ear contained in a glass jar (fig. 2) represents the experience of not being heard. While the carefully composed black-and-white imagery evokes an atmosphere of stillness, the enormous ear has the contradictory effect of invoking sound.

The tension between silence and sound, and between control and chaos, pervades Platt’s photograph of a hand loosely clutching a shattered wine glass (fig. 3). The shards of glass glint against the black surface of the table, calling attention to their sharp edges. Here Platt imagines the violent consequences of repression. She remarks: “There is a point where something is so controlled that it begs the absolute chaos that is just on the other side of it.”[4]

Silent Treatments exposes how the power of women to speak is constrained by normative conceptions of women as more passive, or more emotional and vulnerable to illness. For instance, until the 1950s, hysteria was officially recognized as a psychological disorder specific to women, with a broad range of symptoms including behaviours that deviated from hegemonic femininity. With its emphasis on the physical expression of frustration, Silent Treatments lays bare the negative effects of gender oppression on women’s mental health.[5] The series, created during a “year defined by date-rape trials, harassment hearings, abortion battles and gender wars,”[6] continues to strongly resonate with our current moment, particularly with the rise of the #MeToo movement against sexual harassment and assault.

Whereas the photographs in Silent Treatments are laden with purposeful tension, Platt’s Constant series arose from her desire to craft “quiet, restful” views of nature.[7]  Each summer at her rented cottage in Nova Scotia, she repeatedly photographed the same floating raft and the surrounding seascape, gradually accumulating thousands of pictures taken from a fixed vantage point on the porch. Platt deliberately defied photographic conventions that emphasize the dynamic and majestic qualities of the natural landscape; instead, she employed techniques that yield compositional balance, such as centring the raft or choosing a square format, to encourage a more contemplative viewing experience. She compared, sorted, and variously arranged her photographs as part of her conceptual investigation into the process of looking at something familiar over an extended period of time.[8]

In Constant 5 x 5 E (fig. 4), Platt has assembled a grid of twenty-five photographs of the floating raft, selected based on their formal similarities, such as colour and the positioning of the horizon line. The series was strongly influenced by the New Topographics, a group of primarily American male photographers whose black-and-white depictions of banal, human-altered landscapes in the mid-1970s signalled a major departure from the tradition of the sublime natural landscape. However, rather than emulating the detached style of the New Topographics, Platt has chosen an intimately familiar landscape as the focus of her work. Responding to male-dominated traditions of landscape photography, Platt presents quotidian views of nature that elevate “elements of the personal, everyday, and autobiographical.”[9]

In Platt’s Silent Treatments and Constant 5 x 5 E, photographic images based on the artist’s everyday experiences reveal the biases and assumptions behind traditional artistic and cultural representations of women and the natural landscape. Foregrounding the significance of personal narratives, Platt’s conceptual works not only call into question the authority of such normative images, but also powerfully affirm our individual lived experiences.

Interested in more AGH Magazine articles highlighting contemporary Canadian artists? Read Tara’s Collection Showcase: Meryl McMaster to learn about the Ottawa-based artist, whose As Immense as the Sky series made international waves in 2019! Upon our reopening, be sure to head to The Collection to see more of your collection favourites!