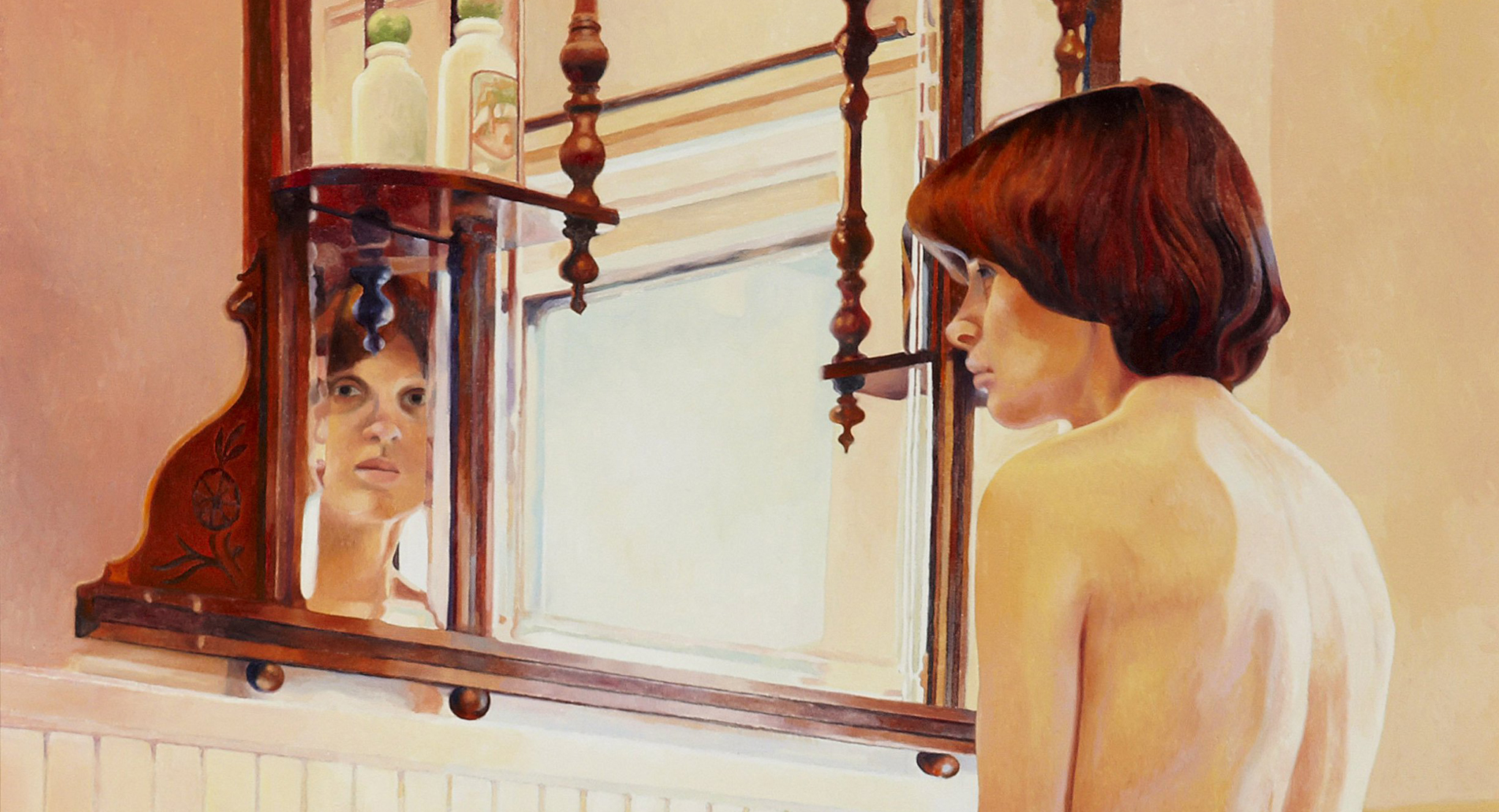 Have you seen our expanded The Collection exhibition since our reopening in July? Head to the Gallery during any of our open hours and enjoy the sprawling selection of some of the 10,000+ works in our collection, on display and free for everyone!

Exploring a piece from this exhibition, today’s Collection Showcase looks at Fredericton-born painter Mary Pratt, whose stunning painting In the Bathroom Mirror hangs next to a complementary work, Young Woman with a Slip, by the late artist’s ex-husband Christopher Pratt.

Living a long, adventurous life until her passing just over two years ago, Dr. Mary Frances Pratt enjoyed a decorated career in the arts through her distinct passion for depicting unsettling scenes of mundanity. Taught by Canadian legend Alex Colville – whose work also hang in The Collection – as well as the son of Lawren Harris, Pratt combined the former’s passion for depicting the domestic with the latter’s explorations of light, producing her own unique painterly spin on photo-realism. Art Gallery of Nova Scotia CEO Ray Cronin hoists high praise upon Pratt’s ability to elevate her subjects, stating “she perceived her surroundings in unprecedented ways to create paintings that comment on matters as diverse as the history of art, domesticity, and Canadian east coast life.” Speaking of her work, Pratt pointed to an “erotic charge” in her chosen subjects, and a hope for viewers to find “something that ought to disturb them, something upsetting.”

In the Bathroom Mirror spotlights Pratt’s ability to re-negotiate a domestic portrait into something unconventional and unsettling. Staged at an odd angle behind and below its subject, Pratt positions both the artist and the viewer in an inescapable place of wondering about our relationship to the subject – are we hiding from her, and thus complicit in the breaching of a boundary in this work? The subject meets our gaze, too, but is she confronting us for sneaking or is she at ease noticing us in her reflection? If we read the work as an elaborately staged self-portrait, potentially with even more mirrors out-of-frame, does her discerning gaze imply concentration on her work or an observation of her own form? Pratt’s own discussion of an “erotic charge” within the subjects of her work only furthers our questioning of the relationship between the artist and the nearly-nude subject, particularly within the intimate setting of a home bathroom.

Painted 17 years prior to In the Bathroom Mirror, Christopher Pratt’s Young Woman with a Slip offers a fascinating complement to the work, providing further lines of investigation. Immediately obvious upon looking at the works side-by-side, the foundation of each work is the same – a woman with medium-length hair stands casually in front of a mirror, half-nude in white underwear. Each woman’s surroundings share similarities as well, with both rooms noticeably featuring half-paneled walls and white furniture. The viewer’s experience differs, however, as we fail to meet the eyes of the subject in Young Woman with a Slip, contrasted to the direct gaze in In the Bathroom Mirror. If we read Mary’s decision to meet the gaze of her viewer as a response to a lack of agency within Christopher’s subject, then the removal of the subject’s bra could read as a kind of bra-burning statement against the male artist’s gaze, emphasized by the shifting of angles from Christopher’s straight-on depiction to Mary’s obtuse view.

Of course, these are just some of the many questions that may arise in viewers upon viewing these works either by themselves or in tandem. Next time you’re at the Gallery, head to The Collection, view them side-by-side, and consider your position as viewer and the artists’ position in creating their respective works. Further, consider how each work operates within the development of portraiture as an art form, perhaps even leading to the modern fascination with self-portraiture, particularly within the advent of the “mirror selfie.” When was the last time you took a portrait, selfie or not, using a bathroom mirror?

To learn more about the other artists featured in The Collection, check out our Collection Showcases on artists like Liss Platt, James Tissot, Meryl McMaster, Carl Beam, Tim Whiten, and more! Once you’re done, be sure to head to the AGH during any open Gallery hours to see the works in person! 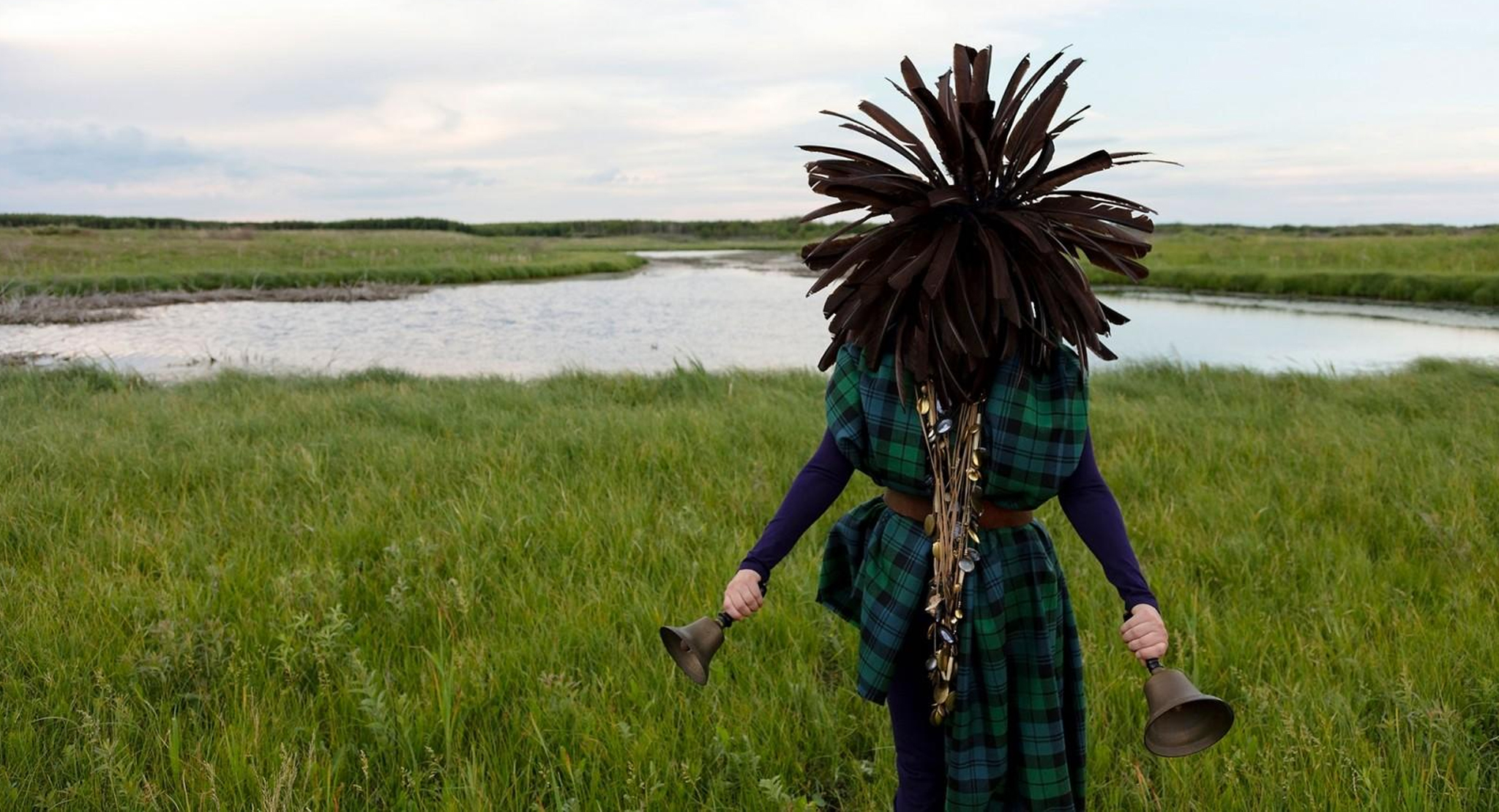 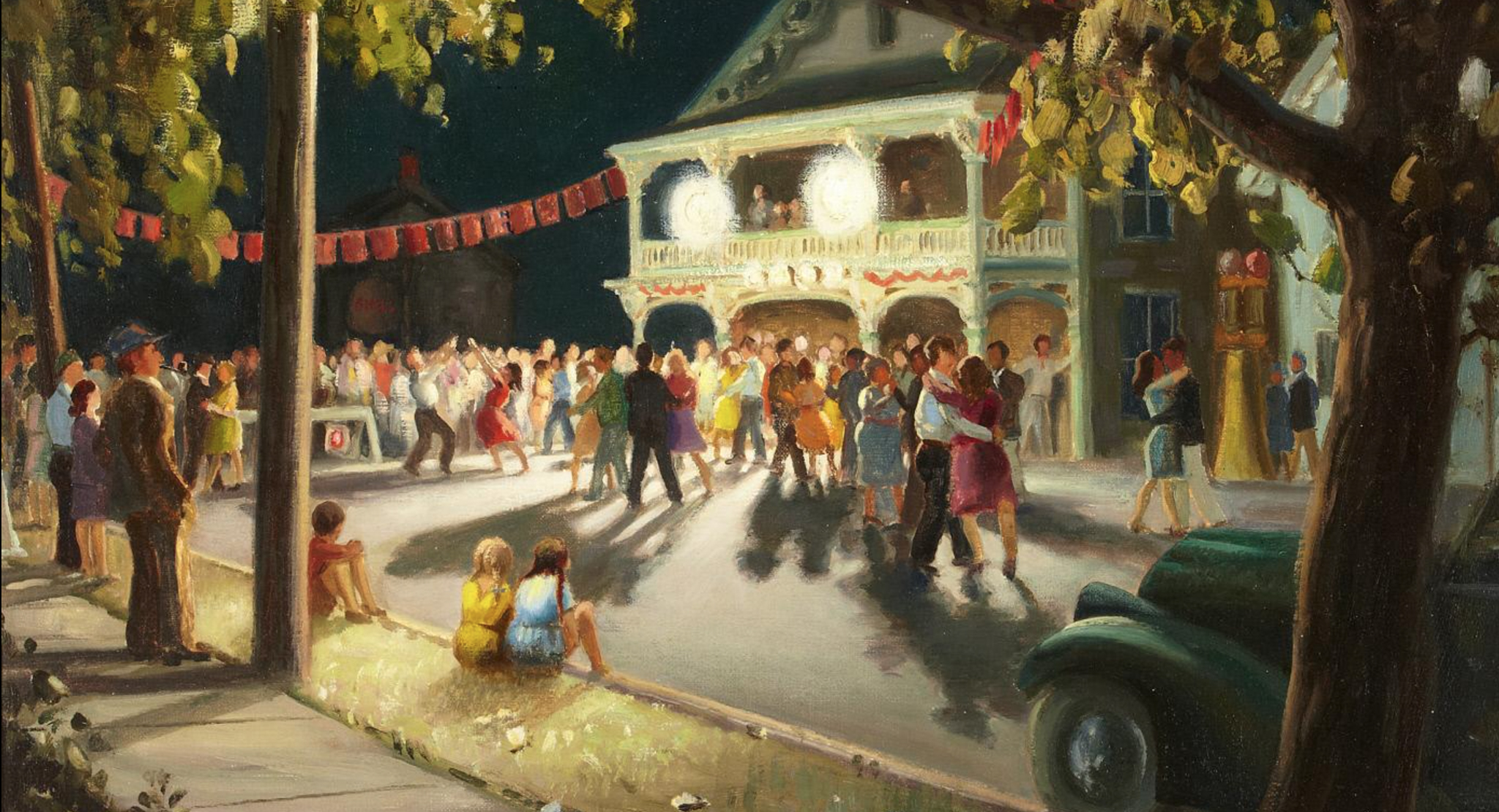